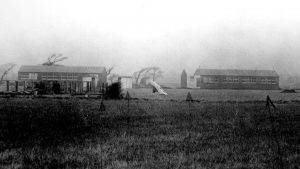 One hundred years ago, during World War 1, one of the biggest disasters ever to happen in north Lancashire occurred in the Parish of Heaton with Oxcliffe. Between October 1 – 4th,1917 a large munitions factory, which covered most of what we now know as the White Lund Industrial Estate, was destroyed by explosions and fire.  In 1915, the British army was running out of armaments and it became clear that there would be no quick victory in the War. The Government set up the Ministry of Munitions, began an emergency programme of rapid armament production and put David Lloyd George (“the Welsh Wizard”) in charge.      The Ministry of Munitions quickly commissioned the conversion or construction of a large number of munitions factories of different types across the country.

Vickers of Barrow was commissioned to construct National Filling Factory 13 at White Lund in which empty shell cases would be filled with explosive. Building began in November 1915. Output from the factory started seven months later in June 1916. The site covered 260 acres and consisted of approximately 150 buildings linked by an internal railway. For speedy construction, most of the buildings were one storey and made of wood with felt roofs – obviously susceptible to fire. The shells at White Lund were filled with amatol, a mixture of ammonium nitrate and TNT; the mix was melted down to be poured into the shells. 3 million shells were filled in National Filling Factory 13 during the War. 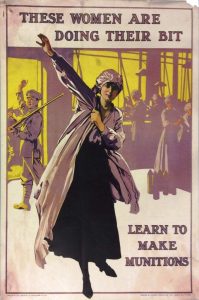 By September 1917 there were 4621 employees at White Lund, of whom 64% were women, often young women. The workers came from all over Northern England and lived in hostels and lodgings throughout the district. The Factory worked seven days a week, 24 hours a day. It was dangerous work. Coroner records show that in 1917 there were worker deaths on a monthly basis: for the men from accidents and for women normally from “TNT poisoning”.  Toxic TNT powder transferred from the hand to the mouth. Officially there were stringent health and safety regulations and a Munitions court was established in Lancaster in the attempt to enforce them. Smoking and possession of tobacco and cigarettes were regular offences and could be punished very severely by prison sentences with hard labour. Yet there was little difficulty in recruiting workers. Munitions work was relatively well-paid for both men and women and promoted to potential recruits as the chance to ‘do their bit’ on the ‘Home Front ‘as soldiers gave their lives on the War Front. 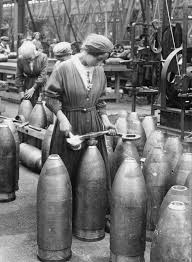 Ferocious fires spread from building to building, setting off loaded shells where it found them. At the time of the fire 22,000 filled shells were waiting to be sent to France. Some explosions could be heard as far away as Burnley and Rossendale and the glare in the sky from the fires was reported to be seen from the outskirts of Liverpool. The Factory fire brigade was, of course, unable to contain the fires and fire crews from all over the region were called in. The last fires were not put out until the early morning of October 4th.

When the alarm was raised most of the workers were in the canteen on their supper break. This probably saved many lives although some workers were injured in the rush to escape the site. It was amazing that only ten people – all men – were killed in the disaster. Most of them died while actually fighting fires. Five were firefighters, five were munitions workers.  Several bodies were not discovered until all the fires were out. There were, of course, many injuries at White Lund caused by falling debris, shrapnel, burns, crowd panic and confusion. In the neighbourhood, injury and illness was caused to local residents by falling masonry, shattered glass, shrapnel, accidents in the streets and inadequate clothing and exposure on a cold night. 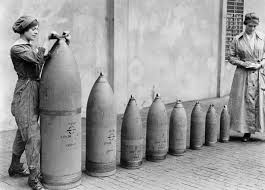 Between October 1917 and January 1919, official censorship prevented details of the White Lund Explosion and its effects on Lancaster, Morecambe and district appearing in newspapers. It was announced simply that an explosion had taken place “in a factory in the north of England”. John Taylor remembered that his father was at the Front in France at the time and heard about the explosions three days after they occurred. Men going back from leave spread the word: “they knew about it in the trenches before a lot of people in England” recalled Taylor. Nevertheless, in June 1918 publicity was given to citations and awards made for heroism during the disaster and this, necessarily, made more information available nationally. Firemen, policemen, munitions workers, nurses and civilians were decorated with OBEs, Edward medals (forerunner of the George Cross) and other awards. More than 30 awards were made. 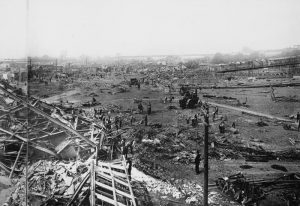 Most Factory workers were soon paid off or transferred to another part of the country. Two weeks later two more men were killed when a shell exploded during the clearing of debris. Yet such was the perceived war-time need that National Filling Factory 13 was soon rebuilt with the use of more brick in construction. From the summer of 1918 the re-opened Factory was engaged in meeting the increase in demand for HS (mustard gas) shells.